Well we had our final ultrasound! It went great just as I had expected it to because minus his heart he has been a very healthy little boy! He scored an 8 out of 8 on the test they gave him which measured his breathing, fluid, size and a few other points I can't remember. They estimated his weight at 7 pounds, 1 ounce and at the time (two weeks ago) I felt it to be very accurate. They told us he should be gaining about a half pound a week which means he is around 8 pounds right now! It is great because that weight will help him get his surgery sooner and we won't have to wait for weight gain as so many heart babies do because they tend to be smaller. We also got some new 4D photos!! They aren't as cute because he is running out of room now. 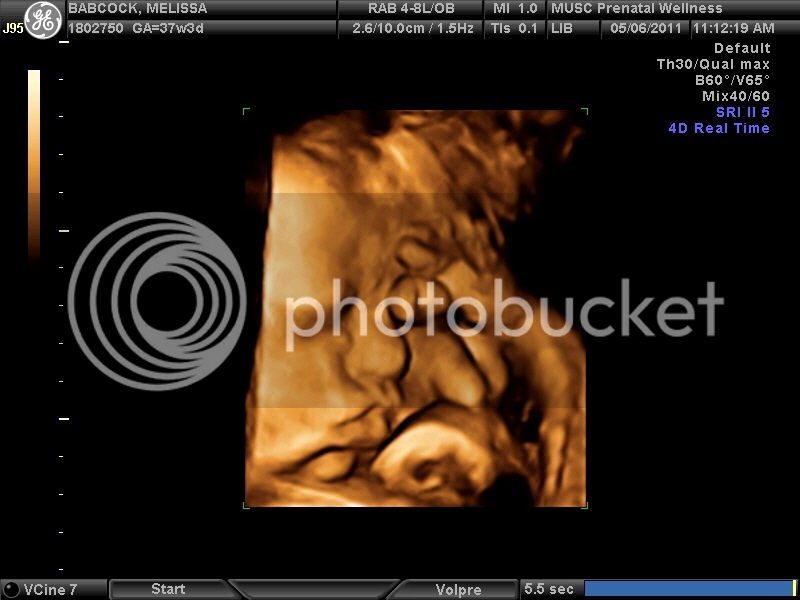 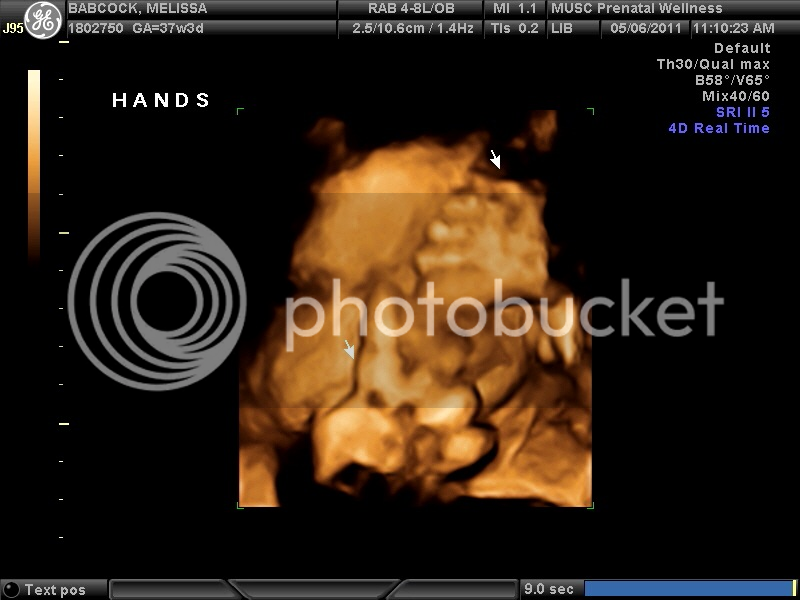 I have also made my move to Charleston to wait on his arrival. The move was hard because I miss my sweet husband and our dogs. I also miss walking into the nursery and just looking at Jack's things. My hosts have kept me very busy though with shopping trips, great food (one of them is a chef), and the cutest little 8 month old who loves to squeal with excitement often and beat on my belly to get Jack moving! Jack has been really active since my move and I have wondered if it has anything to do with another baby around all day- trust me Jack can hear him! I also have two pugs who like to check on me first thing in the morning and after my naps. The female must know I am pregnant because she always wants to snuggle and likes to be as close to my belly as she can. 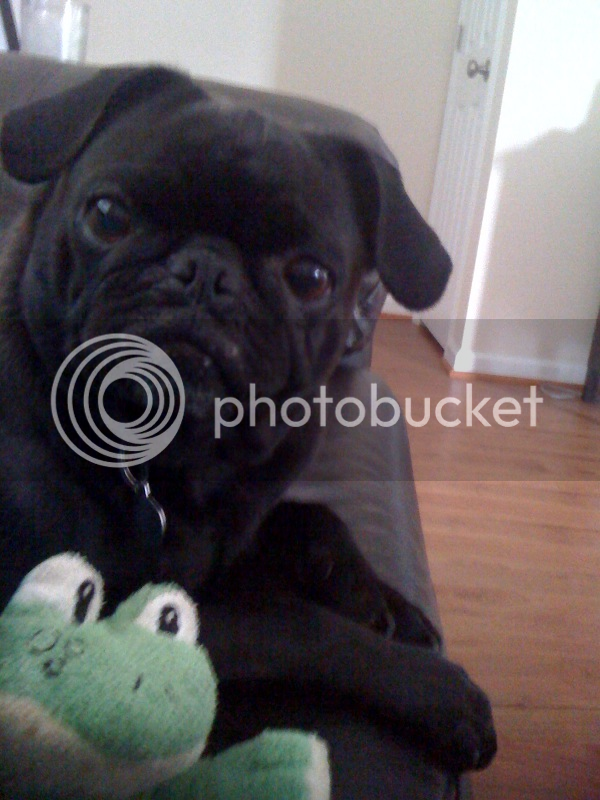 I have been a bit under the weather because this weekend I came down with a stupid cold. I am trying all the home remedies and lots of rest to kick it before he gets here- which I feel won't be too much longer because he can't get any lower (I think)! I have my 39 and a half week appointment tomorrow morning and I am interested to see if I have made any progress yet because last week was still no progress at all. 40 weeks will be Tuesday the 24th!!

Just a few prayer request- pray that I kick this cold because I am so worried they will not let me in the PCICU with him which would be completely devastating. They say the mother being with the baby, although not being held, makes a huge difference in how well they do. Also pray for Maddie a blog I have followed for a while of another HRHS child that gives me a lot of inspiration and a wealth of information! She will undergo the Fontan (the third and final surgery) on the 24th http://allredbabygirl.blogspot.com/. Also the Carter family as they await the arrival of their little girl. Derrick's story has been so inspirational to me also. Derrick was their first child born with a very complex heart and like Jack had a pulminary atresia. The new baby has a perfectly normal heart which is so exciting, because once you have one heart baby you have a slightly higher risk for another (although it is rare to have 2 in one family). I can only imagine how exciting it will be to see four perfect heart chambers on an ultrasound! http://www.carolinacarters.com/

Thanks for all of your support and prayers! I can't wait to see Jack's sweet face and kiss those chubby cheeks! Hopefully my next post will be to show him off to all of you!!

Posted by Melissa Babcock at 6:54 AM 0 comments

I hope to be better about posting updates once Jack gets here! A lot has happened over the past month! I started my maternity leave which has given me some much needed time to catch up on things around the house- including my housework! My mom ordered me the cutest cookie arrangement to start my maternity leave! The cookies were delicious too! Funny story, I took a nap and woke up to find one of my cookies having a bite out of it- wonder who that could have been? 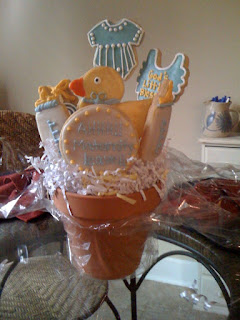 I was also honored with a beautiful baby shower! Two of my closest friends threw a fishing themed shower to go along with Jack's nursery! He was a spoiled boy!

As for Jack's health, I have been going to MUSC every week now. I have had to have Non Stress Tests where they determine how "happy" he is in the womb by measuring his movements. The first test I was having some contractions. The doctors said everything was fine and recommended I move to Charleston at 38 weeks instead of 39. All my other tests have been great, and at my appointment last Friday they said he has been doing so well on the tests, they do not think they are necessary anymore. The doctor estimated his weight at 6 and a half pounds and said he would truly prefer Jack come naturally, so if we make it to 40 weeks and he is doing well they would let me go to 42 weeks! He will be a big boy if I make it to 40 weeks and imagine 42! This week we will have the final ultrasound to check his size and hopefully get some good shots of him before we see him in his birthday suit!
As for me, I am doing good but feeling nervousness, fear and worry. At church this past Sunday we read from Psalms 34 and I have to tell you it was meant for me. "I sought the Lord, and He answered me; he delivered me from all my fears" verse 4. Then I checked the mail and I had received a package from my friend in Atlanta. Even far away she somehow knew what I needed because she sent me a DVD of a sermon from her church on worry. Amazing how God always gives us the things we need! His timing is impeccable!
Keep us in your prayers! I will try to get better on these posts!

Posted by Melissa Babcock at 7:03 AM 3 comments