Jack has started doing much better since my last post. His stats have risen slightly and he hasn't needed oxygen the past two nights. We feel sure he had a little bug or infection he was fighting. His stats now are lower than before we had his procedure and lower than I had hoped they would be. They will hopefully get a little higher as his body continues to adjust. We've talked to the docs about some short term plans and long term ones including transplant. We've learned that having the third surgery and being done is a big misconception so it's nice to think there is a secondary plan if that's the path God has planned for Jack. Taking it one day at a time for now because I could go mad worrying about the future which I have no control of!
Since he's been feeling and looking so good the plan is to go home tomorrow as long as he doesn't start any funny business! Pulmonology is going to come and talk about the possibility of a CPAP machine or a tonsillectomy, which I am in no rush to do.
Here's some pictures of him playing today. He's looking so much better! 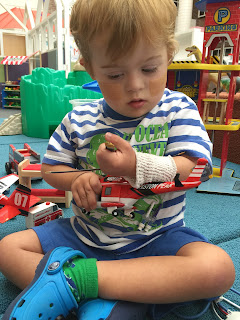 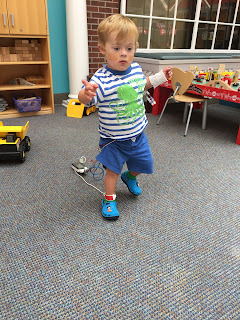 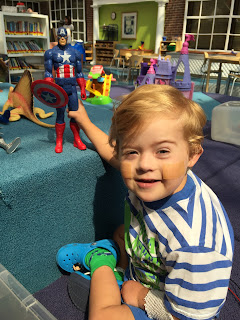 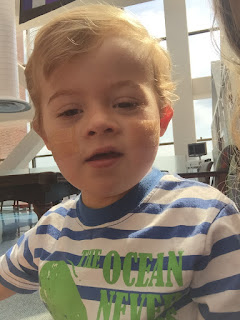 Posted by Melissa Babcock at 1:18 PM